Since we last talked...Jonah has been making slow and steady progress. After that horrible Tuesday he spent in the tank, I called his Cardiologist to explain the series of events from the day. As I mentioned before, it was decided that Jonah's diuretics should be cut in half. This was a big move in our minds because it meant testing the waters...rocking the boat...playing with fire, if you will. We knew that we couldn't keep slamming him with the "big dogs" forever, and clearly his body wasn't happy with them, but it still meant opening the door of potential fluid accumulation on the right lung. I think that we were even more nervous because we saw first hand how small changes result in big problems. Here, we were making a pretty big move in our minds.

Turns out...it was just the right move at the right time. Since then, it seems we have more and more of the old Jonah back. He has had more good days than bad and he seems to be a little more predictable. Last Friday we saw our Cardiology team again and Jonah had the full battery of tests. His EKG was good. His Echo reinforced that with good overall function. But...they could see that the pressures were still high in the new circulation supporting Jonah's heart. We were mostly reassured that this is actually pretty typical at this point after surgery. The biggest sigh of relief came when there was no evidence of fluid building anywhere near his lungs. Praise God!!! There are a number of concerns that play a part in the potential for chronic pleural effusions post-Fontan but probably the biggest culprit is the location of the Gortex conduit used to bring up the inferior vena cava to the pulmonary arteries. It runs next to the right side of the heart very close to the right lung. It is also semi-permeable. As pressures increase, resistance builds, the natural exit would be leakage out of that conduit as well as back up in the pulmonary arteries. We have heard the adjustment the body needs to rest with this new "improved" blood flow can take anywhere from 3-6 months, up to one year!

Jonah's meds were left alone until we meet again in December. A few other considerations at the moment are 1) Jonah's INR and 2) his electrolytes. Both clearly affected by his diet and intake. On that front, Jonah is also much improved. There are a couple of old stand-by's that Jonah is not fond of right now but overall he is eating pretty well. His oxygen saturations have been consistently 96-98% while asleep without any supplemental O2.

These last 5 weeks, even these last 5 days, have brought their own set of challenges and changes. There are no words to explain what this experience has been like just standing by Jonah's side, just holding his hand through it. For him, we have certainly seen the physical impact, but the emotional impact has taken a serious toll also. For every smile, every laugh...for each and every new word/s Jonah has said since coming home...we count our blessings and thank God for His victory!! 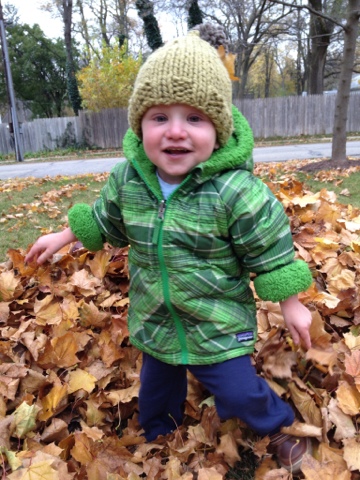 We (Rob and Stacie) are expecting our first child in early August: a baby boy we've named Jonah. During our routine 20ish week ultrasound, we discovered our son has a very serious and rare heart defect known as Hypoplastic Left Heart Syndrome (HLHS). We moved from Minneapolis to Chicago in January 2010. In the process we both started new jobs with new employers, sold our house in Minneapolis, bought a house in Chicago; all the while learning, coping and preparing for Jonah's arrival. This blog is to help share our journey with our wonderful friends and family and to be a portal to other families who may be dealing with HLHS, either from experience or for the first time.